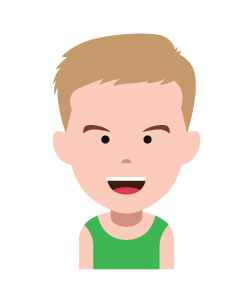 After I decided to put my home on the market, I knew that I had to do something to improve the look and feel of my place. I started looking around at different ways to create a more beautiful home and garden, so that my property would sell quickly. I decided to completely renovate the exterior of the home, and it was really incredible to see the place come to life. I also had a landscaping team touch up my flowerbeds, and it was really great to see how much of a difference it made. This blog is all about creating a gorgeous home that you will love--so that you can sell it or keep it for yourself to love forever.

They may be small and cute, but non-domesticated rodents carry deadly diseases and parasites that can be transmitted to other animals and humans. In addition to rats and mice, rodents also refer to squirrels, porcupines, hamsters, prairie dogs and rabbits. You could become infected by touching them, inhaling airborne germs, drinking contaminated water, and even by accidentally running over one while mowing. Take a look at these 3 diseases rodents are capable of carrying and how you can avoid becoming infected.

Tularemia, or rabbit fever, is caused by a bacteria often carried from the infected animal via a tick. Otherwise, you can get sick directly from the animal itself. Many types of tularemia exist due to the many ways the bacteria can enter your body, such as inhaling them, eating or drinking contaminated food and water, touching an animal and rubbing your eye, or getting bit. After becoming infected, you will feel sick as soon as three days later. Most symptoms include:

Because it mimics so many other conditions, it's difficult to properly diagnose tularemia. Fortunately, it is curable with a course of antibiotics. Most patients recover fully without any complications. However, if left untreated, tularemia can lead to pneumonia, meningitis, pericarditis, or osteomyelitis.

Shockingly, this famous disease is still around today—up to 2000 cases each year. However, unlike our medieval predecessors, we know it is spread by fleas infected by rodents.  Even more rarely it is spread by touching or eating an infected animal.

Classic, or bubonic plague, is famous for showing itself in the form of buboes, or swollen lymph nodes in the groin, armpit, or neck. If you have the plague, you will feel general signs of illness like fever, sore muscles, headache, weakness, vomiting and diarrhea. Pneumonic plague, which infects the lungs, manifests itself with coughing, chest pain, and trouble breathing.

Without identifying and treating plague with aggressive antibiotics, bubonic plague may multiply in your bloodstream, potentially morphing into septicemic or pneumonic plague. In these cases, death can occur within 24 hours after you first experience your first symptoms. Without treatment, plague kills about half of its victims.

HPS, or Hantavirus pulmonary syndrome, is an airborne virus carried by mice in North and South America. The virus is shed in saliva, urine and feces of infected mice, and usually infects humans via the air. Sometimes just by touching the virus you can transfer it to your nose or mouth, or by eating contaminated food or water.

At first symptoms seem like regular flu symptoms and is difficult to distinguish from pneumonia, influenza, or other viral disorders. Later, more serious symptoms such as cough, shortness of breath, low blood pressure and reduced heart productivity occur. Fluid can accumulate in your lungs. Hantavirus is capable of worsening very quickly and become life-threatening.

Hantavirus has no cure. However, most people live if it is caught early and they receive hospitalization and other care for breathing problems.

In a perfect world, the absence of disease-carrying rodents is the safest way to prevent these illnesses. However, there are some things you can do to prevent becoming infected.

To learn more about getting rid of rodents in your home, contact a rodent exterminator.